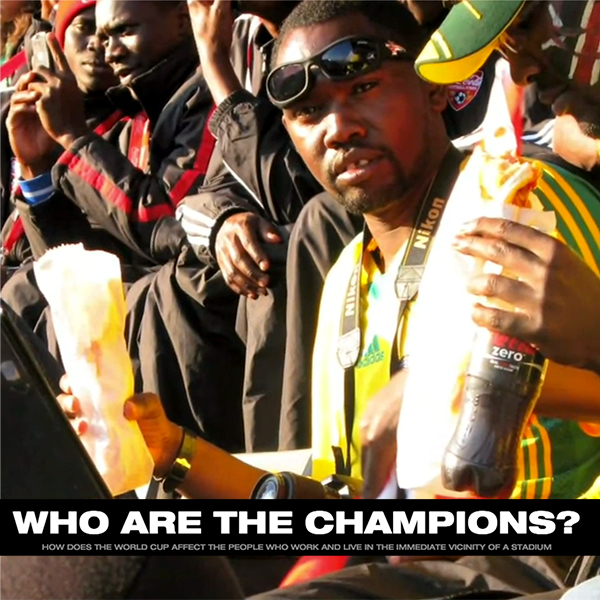 Who are the real winners of the World Cup?

Who Are The Champions? I narrate this interactive documentary by Submarine Channel which investigates the social, economic and cultural impact that FIFA World Cups have on people living and working in the immediate vicinity of a stadium. In Leipzig, Johannesburg and Rio de Janeiro twelve very personal stories were collected.

The World Cup 2014 has been played. Germany is world champion. Meanwhile, FIFA President Sepp Blatter decided to step down as past and future World Cups in 2018 in Russia and 2022 in Qatar are causing some controversies. Who Are The Champions? reflects on and zooms in on the stories that happened just outside of the stadiums in the latest three World Cup cities.

Creatively mixing audio stories, written stories, street photography, Google Street View, Google Maps, and news stories from the archive of newspapers, the “idoc” offers an intriguing insight into the effects of a major sports event like the FIFA World Cup on people’s lives. Who are the real winners of the World Cup?