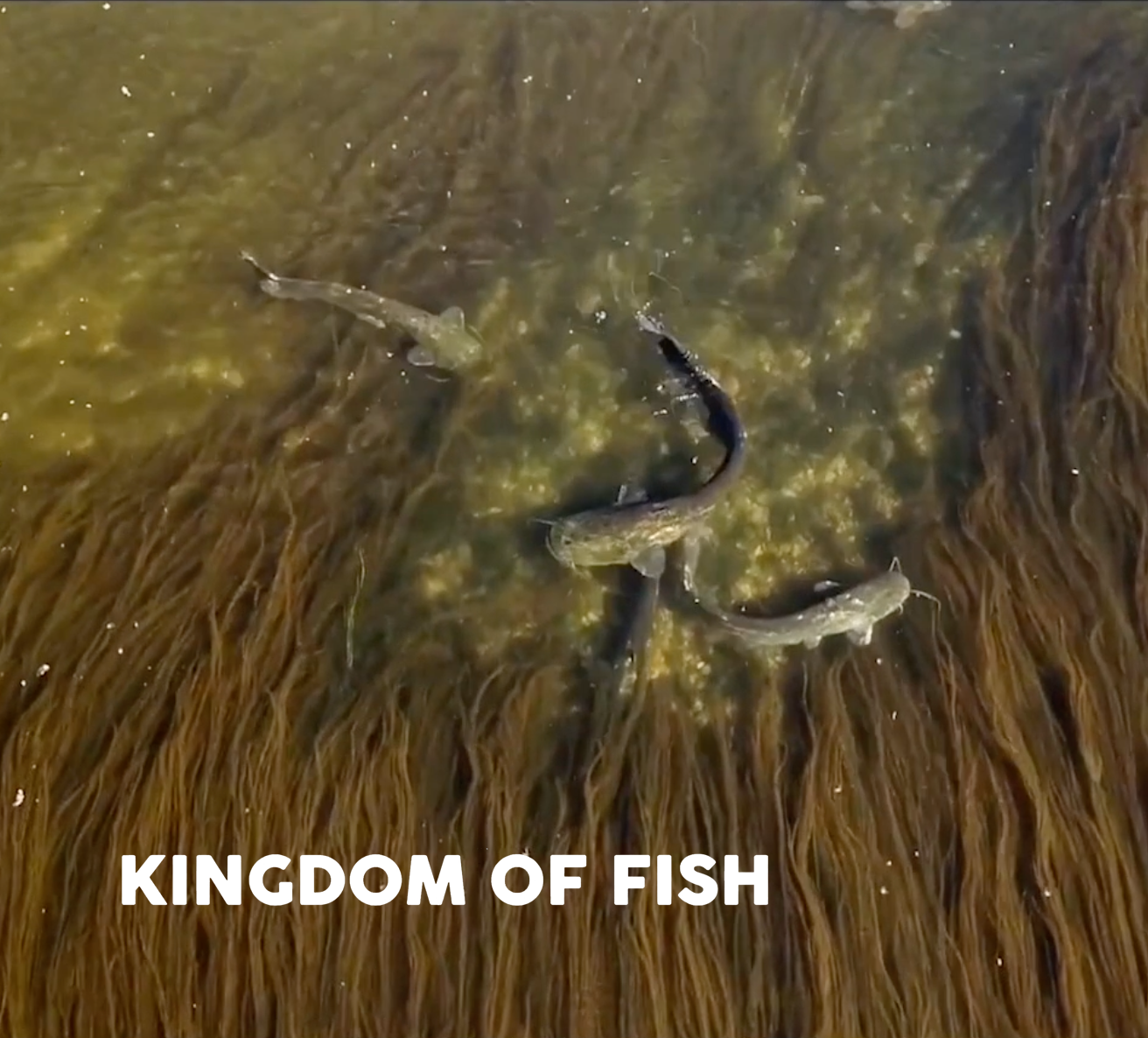 I scripted the VO and voiced the international version of this gorgeous prize-winning Swedish series by Martin Falklind and Maria Ålander. Let’s hope it does for the salmon and the eel what My Octopus Teacher did for the squid. Kingdom of Fish is the story of Scandinavia’s relationship with its remarkable waters. It is the story of rippling arctic streams and rushing rivers, of hundreds of thousands of lakes and a coastline as long as the globe is round – and of all the fish and creatures that live in and around it.

But it’s not just a love story: human beings have caused great damage to this unique marine ecosystem through overfishing, urban expansion and hydro-electric power. Species can no longer spawn and are threatened with extinction. But there is hope, thanks to dedicated people who realize that it’s up to us to turn the tide. You’ll meet fascinating characters in the water – and on land, with solutions to problems that are as clever as they are inspiring.

Kingdom of Fish was filmed in Sweden, Norway, Iceland, Denmark and Florida, and has so far been broadcast throughout Scandinavia. The series was finalist for Best Unscripted Television Program at the Swedish Film and Television Producer’s gala in 2021, where it won Best Original Idea. It has won prizes at the Wildlife Vaasa Festival and the Matsalu Nature Film Festival. Producer/photographer Martin Falklind was awarded Best Achievement of the Year 2021 from the from Swedish Film Photographers Organization and Nature Photographer of the Year 2021 from the Swedish Environmental Protection Agency.

More importantly perhaps is that Kingdom of Fish has already brought about changes in Sweden’s legislation regarding cod fishing. What can other countries learn from Sweden’s experiences?

Our journey starts in cold mountain creeks meandering through the breathtaking arctic landscape. The creeks gradually form large rivers as they flow toward the sea. Here we find the arctic char, trout, grayling and – king of the river – the salmon. All graceful species dependent on free-flowing rapids and clear, oxygenated water. Running water is also home to birds, insects and many other aquatic organisms that have adapted their lives to the constant flow of moving water. But something has happened. Our Swedish rivers are no longer moving forward… hydro-electric power plants are everywhere, producing fossil-free energy. But what happens to our ecosystems when the river’s energy is captured and transferred to power cables? This episode explores the effects of hydropower, but it also the power of people deciding to restore nature.

Swedes love their lakes, and have hundreds of thousands to choose from for relaxation. But few people have taken a look below the surface. Here the voracious pike rules the ecosystem. The fastest predator of the north, it attacks at the speed of a cheetah.
Lakes are merely places where water rests for while on its endless cycle. Treating lakes as separate units has led to a disconnect. The threatened European eel, once ubiquitous in inland Sweden, can no longer reach its feeding grounds in the lakes. Nor can it escape the lakes and reach the Sargasso sea to spawn. The mystical story of the eel reminds us of our own vulnerability and gives us new perspectives.

Sweden’s coastline is as long as the the globe is round. The Baltic and the North Sea once teemed with cod, haddock, herring, shellfish, flat fish, mackerel and eel. But today most of the seas have been fished out. How can a rich and well-organized country like Sweden allow the greed of the fish meal industry to put the entire ecosystem at risk?
But when good management is in place, miracles can happen. Suddenly, large bluefin tuna have returned to Scandinavia.